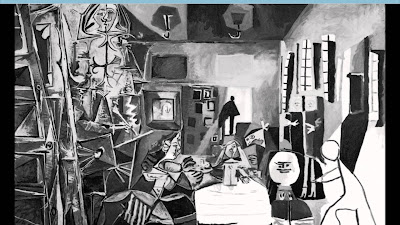 We are living in strange times. It's possible to become President of the United States by telling people what they want to hear, even though it's patently false. It's possible for a British politician to decry experts and keep his job (at least for a few weeks). Have a look at this video (it's not too long), and you will see the seeds of 2016 sown ten years earlier:


You have two people arguing at cross purposes: one is saying that facts are indisputable, while morals are relative. The other says that morals are universal, while facts can be used to 'prove' anything. Of course the phrase, 'You can prove anything with facts' is funny because it is the foundation of science, yet the taxi driver doesn't seem to believe that facts prove anything of value; there's something else going on altogether that facts can't reach.

Just over a hundred years ago, it would have been hard to imagine that facts would ever go out of fashion. Science, and its children technology and industry, were in the ascendancy, with the promise of solving all our problems. This faith persists to this day through the work of people like Richard Dawkins, although even fellow scientists often see him nowadays as a slightly over-zealous believer in science.

The era of facts and science is probably not really ending, but we are definitely coming to realise that facts are not going to meet every human need. This disillusionment is what sociologists and philosophers call postmodernity. No one really knows whether modernity is just having a bad couple of decades, whether its having a full-blown midlife crisis or if its suffering a terminal illness. It's definitely looking a bit off.

Why is this important? Well, mainly because Christianity in the West has, like every other part of society, been driven by facts. When it comes to the Bible, the most important question was, 'Which bits are facts?', the implication being that the rest could be discarded. We'll come back to the different ways people sliced and diced The Bible to get at 'the facts', but for now it's worth recognising that until recently the whole of the western church was really wrestling over this one question: 'Is it true?' In this instance, true meant scientifically verifiable.

This question drove many Christians to two extremes, leaving others stranded in no man's land. On the one hand, you had theologians and then church leaders answering the question thus: 'No, of course it's not true. These primitive people didn't have the understanding we have so they made up fairy stories to give their lives meaning. The Bible is a wonderful record of their innocent wonderings, but it's not really much use to us today. Jesus seems like a nice person, although he was clearly deluded, if he really existed at all.' I recently heard such 'liberals' recently described as 'the kind of person who tells you a joke at a party and then proceeds to explain to you why the joke is funny, thereby stopping the joke from being funny.' They called themselves liberals because they saw themselves as free thinkers.

The other stream accepted the premise of liberalism - that the Bible is only valuable insofar as it provides us with scientific facts - and went the other way, declaring that the Bible had to be completely true and without error in every way. 'If the Bible had said that Jonah swallowed the whale, I would believe it,' William Jennings Bryan said at the now infamous Scopes Monkey Trial. These believers claimed they were merely shoring up the fundamentals of Christianity - hence their moniker 'Fundamentalists' - but when the complete inerrancy of the Bible in all matters was declared one of those fundamentals, the terms of the battle were agreed upon: either the Bible is a perfect textbook in every subject, or it's dead, worthy only of half-hearted picking over the bones.

Postmodernity allows us to lay down this battle, it's not our fight. In his essay, The Bible in a Postmodern Age(1), Terence Freitheim suggests that in our new world we could approach the Bible in three ways:


I wonder which of these options appeals to you? It might tell you how postmodern you are!